The Virtues of an Analog Stopwatch 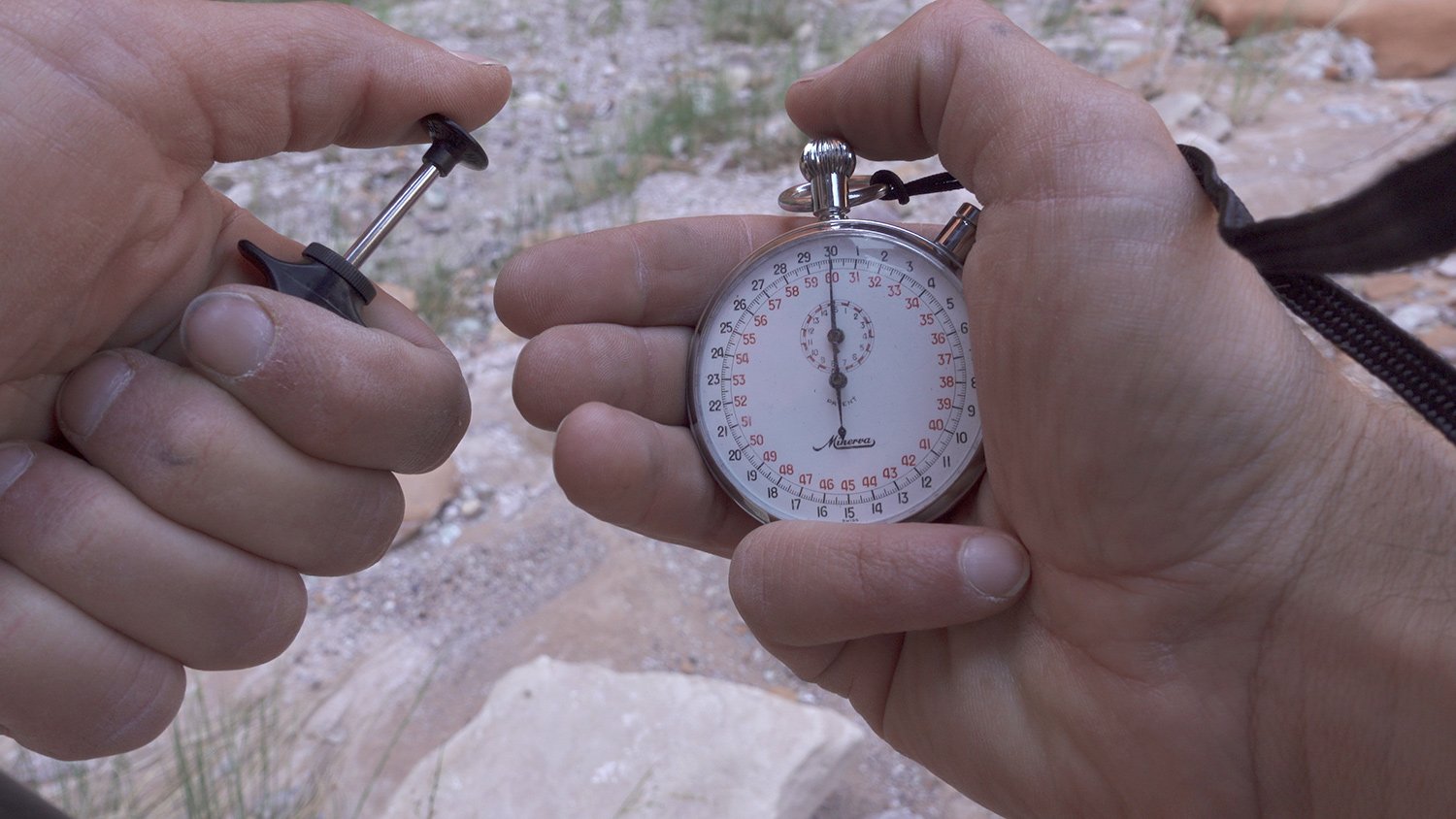 It’s best to keep things simple when working with a large format camera. Over the years I’ve developed a ritual of sorts when working in the field. As Alan Brock mentioned in an earlier post, one such ritual is test firing the shutter before pulling the darkslide. If the shutter is cocked and still doesn’t fire, it means your shutter is still open. Pulling the darkslide would have fried that sheet of film. We’ve all been there before, and it’s nice to avoid those mistakes.

Another practice of mine is to use an analog stopwatch for timing exposures. I love how the motion of starting/stopping the stopwatch is the same as using a cable release. This greatly simplifies the process, and is far easier on my brain—especially in stressful moments when I’m juggling other variables including wind and dynamically changing light. There’s another advantage to this technique as well. Analog stopwatches don’t require any batteries, and there is something very satisfying about seeing that second hand sweep toward my desired exposure length. The stopwatch I use is made by Minerva, and can be found on the used market. These stopwatches are quite old, but very simple in design, and are designed to last a very long time.